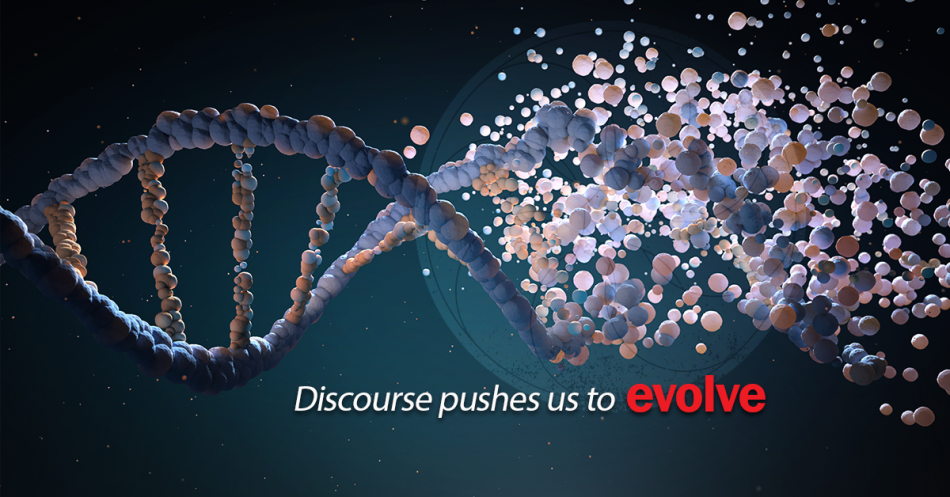 The Art of Discourse

I believe discourse (or creative conflict) is a beautiful thing – it makes us human. It’s the one thing that A.I. can’t do with itself without falling into a ‘do not compute’ logic loop. Conflict is innately human.

Thoughout my career I’ve worked in different cultures globally and often find it interesting how little conflict is generally embraced in the Australian workplace.

Without challenge, earth2mars would not have come into existence today.

I simply wouldn’t be where I am today if it weren’t for the butting of heads.

The Role of Conflict in Change

The greatest changes have come after some of the greatest conflicts, conversely and controversially if we look at the book ‘War, What Is It Good For’. Unlike the song of the 1970s that states that it is good for absolutely nothing, it means the destruction of innocent lives and tears to thousands of mothers’ eyes. It’s author, Ian Morris, doesn’t agree. While War is a terrible thing, we owe a great deal of today’s long-lasting peace to discourse.

Looking back at the movements of our era such as #MeToo, #MarchForOurLives and Climate Change, even at the internal organisational movements for large corporations taking into consideration their social impact and force for good; discourse is leading to this rapid change within our society.

Translating this into organisations in Australia, what I see more of instead of embracing conflict, is this nature of avoidance. People tattle-tale on each other and it gets hand-balled to becoming the leaders’ responsibility to ‘manage and resolve conflict’. That is simply too much pressure for leaders because they’re busy working out their own conflicts to add everyone else’s on to their pile. The best leadership is the leadership that encourages people to resolve their conflicts with each other first. So instead of blaming, shaming or naming, we give people the space to evolve.

When we started to look at direct and honest feedback with a framework of coaching and good communication, that’s where we saw it translate into innovation, collaboration and working together like a community.
Leaders need to learn to redirect and reconnect with our humanity.

The best thinking and creativity come from conflict. The leader’s role is not to come in and sort out conflict. The leaderships’ role is to come in and encourage better communication for people to give direct and honest feedback. If leadership steps in and takes over in resolving conflict, they take away the opportunity for new leadership to grow and evolve. And along with it, learning the art of discourse and it’s subsequent resolution.

Finding yourself floating aimlessly with no apparent goal in the same empty environment and looking for a lifeline towards your future goals? It’s time to connect with us.

earth2mars is dedicated to helping individuals and organisations break through old restraints and embrace change for the future with a new mindset.

Email the team at space@earth2mars.com.au or send us a message here.