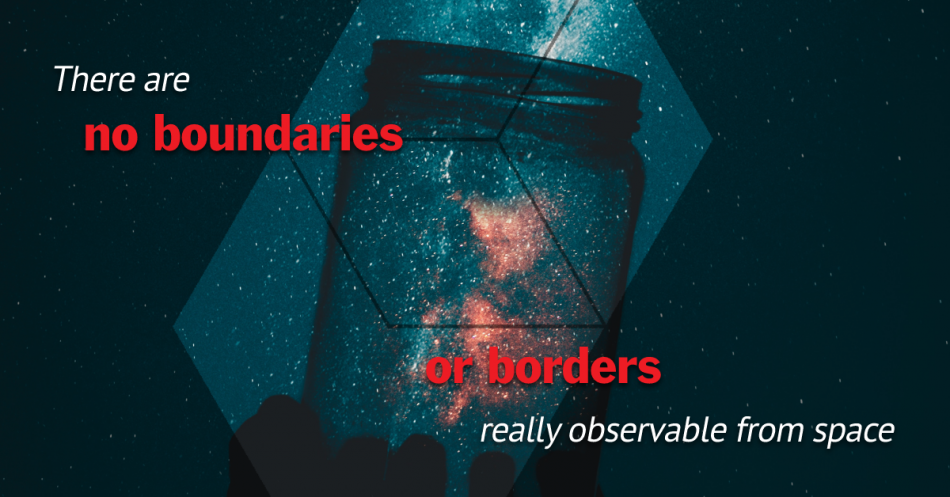 The Culture War of our Era

The impact of globalisation on our sense of identity

As the world is held in a fixed trance, captivated by Hunger Game style news reports of statistics and COVID-19 curves, many of us may have missed a crucial leap forward in our global mission to colonise Mars. On 30 July 2020, SpaceX launched astronauts into space for the first time, marking the beginning of a new era in space exploration. And I get it, with all the problems our species is facing on planet earth many of us might not be able to see how inspiring and paradigm shifting this move is for us. In a CNBC interview, NASA astronaut and engineer, Bob Behnken states:

This perspective is lovingly referred to by fellow space travellers as the overview effect, where a cognitive shift in awareness occurs when they see our blue planet, juxtaposed to the empty void of space in which it floats. It’s a perspective conceptually understood by us all, yet very difficult to embody and integrate for many of us who are currently earth bound (or even home bound right now). Because when we take a closer look, it’s pretty hard not to see the borders, boundaries and limits we seem to place on ourselves as a species and the nature of living on planet earth.

With Mars One colonisation missions on the horizon, a cultural revolution is imminent unless we willingly allow a universe of social order and control similar to the dystopian future painted by political scientist and economist, Pierce Brown. In his political sci-fi series Red Rising, he describes a very foreseeable future where the various races of space are divided into a hierarchical colours based on their genetic profile, technological augmentation and functional role in society all in service of “the Golds”.

Perhaps it is time to take a good hard look at what is happening globally right now. Movements such as #metoo, #blacklivesmatter and Global LGBTI are merely a symptom of our newfound global consciousness of inequality and human rights violations previously accepted or unconscious. And thanks to social media and the democratisation, these movements echo through space as individuals, teams and organisations begin to make sense of globalisation amidst archaic structures and systems that have historically exploited the masses for the power and benefit of the few.

And so begins the dawn of the Culture War where three of our most fundamental human needs are coming to light and demanding balance:

Now don’t get me wrong, as a business owner myself, this is a fine balancing act. Many of our greatest accomplishments of both the industrial and information age are thanks to the structures created by the previous generation. However, in a truly global and connected world, how does one balance the power of authority, structure and the collective with this newfound power of the individual in the Age of Connectedness? As we continue to witness left vs. right tribalism disrupt rational debate in our global and local political systems, the onus now falls onto organisations to balance the unifying benefit of standardised process, systems and policies with empathy, humanity and human rights of the individual.

The reality is we cannot send spaceships to Mars without some form of sacrifice to put this mission above our personal wants and needs. Even the first 100 colonists selected all know this is a one-way trip with a high degree of human risk and sacrifices to their freedom. Conversely, we also cannot allow all the various engineers free reign over the build and launch in the name of liberty and freedom without oversight, authority, and governance. If this were the case, we would probably spend another 100 years navigating political correctness and arguing and debating to accommodate all divergent thinking.

One thing is for certain based on what we are seeing globally.  Alienating the very people who make personal and professional sacrifices on a daily basis for the cause of SpaceX and NASA with archaic structures and leadership cultures that lack empathy, respect and humanity is equally costly and destructive. In one of our recent posts on the topic, Lyle Cooper who heads up people insights and solutions for Tiger Brands in South Africa, defines culture as:

By this definition, culture isn’t something you can measure in an annual engagement survey. Nor is it a badge of pride an organisation can sport after paying a small fortune to define cultural values on an infographic as an executive team with their newly appointed Resilience Coach (or whatever other funky consultant name we can make up).

When we work with our change clients or train up change managers, we drive this point home. One of my mentors once said that, “what we tolerate, we become”. And the same can be said for organisations grappling through their own cultural identity crisis at the moment. We are finding success with our client base and consultants by helping organisations get back to their purpose and why beyond pure profit and shareholder value motive. Instead, navigating the culture war within an organisation is very much about having a clear, force-for-good universal mission that is both logical from a content perspective as well as emotive and inspiring from a contextual basis. It is also about carefully observing and examining what’s tolerated vs unaccepted behaviours for not only alignment with such a strategy, but also fully considers ecology and impacts for customers, employees and the planet as a whole. It’s also about what we tolerate in the leaders we have chosen to elect, serve and support and calling them to account when destructive and toxic behaviours come to light.

Right now is merely a fire drill for more things to come, whether that is our environmental challenges, pandemics or increased complexity as we build a future enhanced by robotics, technology and AI. Perhaps it is time to swing the balance of power back to humanity and leave the boring managerial and authoritarian ticks, checks and balances to independence and unbiased machines to keep us moving in the right direction. Taking a good hard look at our own motives and behaviours and transforming into new models of power and culture is never easy, nor is it comfortable. However, remaining silent on this will naturally create an equal and opposite force of rebellion and liberation we are seeing globally within your own organisation.

So before we set up shop on Mars, let’s ensure we create and support businesses that truly embrace the strategic and operational power of humanity. Let’s make sure we include the best of our values and behaviours as we dominate the stars and create even more diversity and complexity. Let’s also be conscious of our own biases that drive us towards and away from each other before we install these into our future systems and processes. Business has a massive role to play here. And so does every single individual that makes up such a whole.

We’re always keen to hear about the community’s thoughts on topics. To leverage our platform and be part of our next Voice of the Community Series reach out to us.